I rarely post many personal or non-graphic design related posts – so I thought this would be fun. It’s at least “design” related in a color-scheme sense 😉

We recently purchased an old, tired, used Little Tikes playhouse from Craigslist. My boys love playing in this like this and I really didn’t want to spend a lot. After getting it, I realized it was MUCH more faded than I originally saw from pictures, but it was cheap enough that I didn’t care. I later got inspired from posts like this one from Lisa on Apartment Therapy and this one from 86 ‘n It (her project is also found on Apartment Therapy) and tons of others on Pinterest. 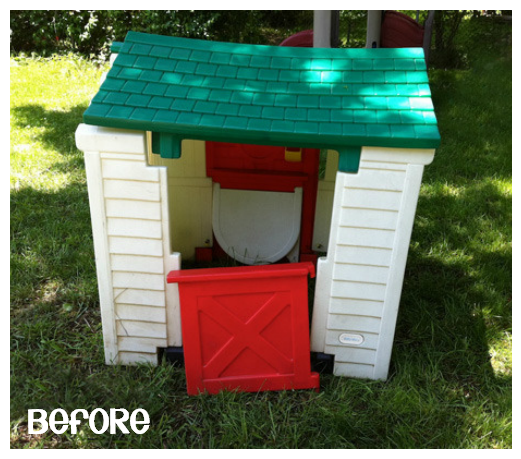 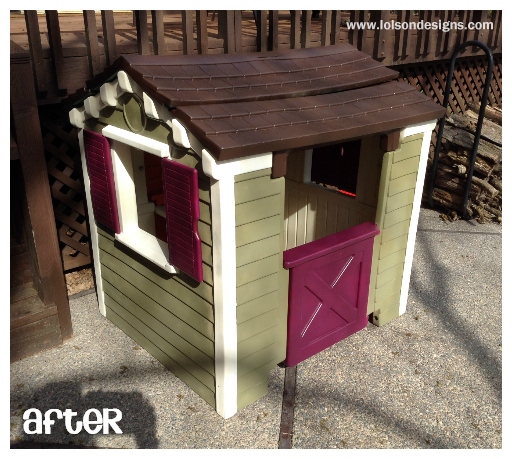 The “before” picture above was actually borrowed from the web as I couldn’t find my original images. Ours was much more faded and dirty than the one shown but gives the general picture. We used Rustoleum Plastic Primer with Rustoleum Painters Touch Ultra 2x spray paint in oregano (green), espresso (brown), aubergine (plum), and a creamy color. I did not paint any parts of the inside just because I didn’t want to use that much paint and that’s where the kids are most, so I really didn’t want to risk any chipping paint on areas where they are playing.

I also saw this post from This American Wife and I’m very, very tempted to attempt to paint the same structure we have shown there. We’ll see! 😉